THE WHITE CROW [SOLD OUT]

Despite being raised in poverty, when Rudolf Nureyev began training for the ballet at 17 following WWII, it immediately became clear that he had immense talent. Ballet master Alexander Pushkin believes in Rudolf's talent so much that he allows the boy to live with him and his wife, Xenia. Rudolf soon becomes famous throughout the Soviet Union.

When the renowned Kirov Ballet travels to Paris on a tour in 1961, it's Rudolf's first time outside the Soviet Union and he drinks in the city's culture. He's followed everywhere by KGB agents, who have been assigned to make sure the dancers don't try to defect. Rudolf ignores them, as well as his curfews, and makes friends with Parisian socialites such as Clara Saint.

Rudolf comes to love the taste of freedom so much that he decides to take a chance and make a break for it, despite the intense KGB scrutiny.

In English, Russian, and French with English Subtitles 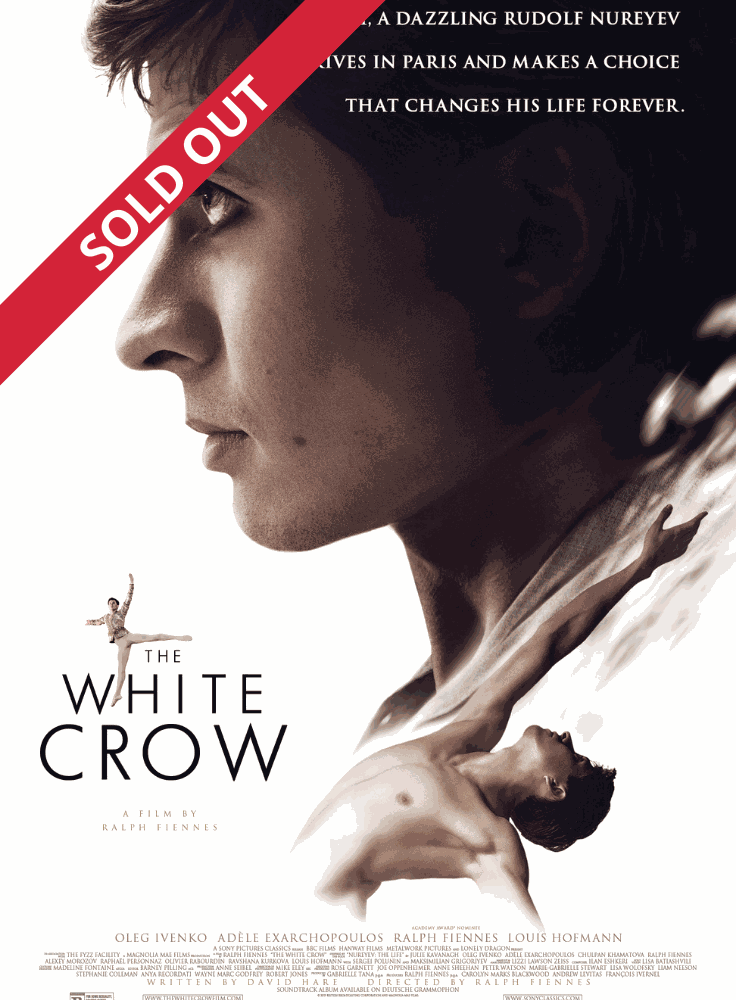 All patrons should book tickets online in advance; no tickets will be sold at the door.

To movie voucher holders: Book your ticket by emailing us at rsvp@alliancefrancaise.org.sg before Wednesday 22 Sep, 6pm.

Please check the date and time of each movie screening before purchasing your tickets as they are non-exchangeable and non-refundable.

From 13 September onwards, and in line with prevailing Government safe management measures, our theatre will be able to welcome more people for our screenings and live performances! The audience must belong to one of the categories mentioned below, and be in groups of up to 5 people:

- Fully vaccinated patrons - an individual will be considered “fully-vaccinated” two weeks after he or she has received the full regimen of vaccines, and will have to present a valid proof of vaccination (TraceTogether app or vaccination cert) at our door.
- Recovered individuals within 270 days of their first positive PCR test and with a valid pre-event Testing exemption certificate.
- Guests who do not meet the above two criteria may produce a valid Approved Document with negative COVID-19 Antigen Rapid Test (ART) or COVID-19 Polymerase Chain Reaction (PCR) test result to attend these screenings. Please ensure that your test result is still valid at the time the event ends. The validity of a negative COVID-19 Test result is 24 hours from the time the patron was registered at the testing premises to take the test. Self-test kits are NOT valid.
- Unvaccinated children below 12 may be included in a group of up to 5 persons if all the children are from the same household.

Please note that there is no change for the storytelling (11 September): the maximum capacity is still limited to 50 people, thus no vaccination status or PET result will be required.

Following the Singapore Government’s mandatory requirement since 26 October, Alliance Française has implemented the TraceTogether app OR TraceTogether Token for SafeEntry into our cinema with immediate effect on top of the safe entry to our premises.