THE FALL OF THE AMERICAN EMPIRE

At 36, despite a doctorate in philosophy, Pierre-Paul Daoust is a driver for a delivery company. One day, he witnesses a heist that goes wrong, killing two gangsters. He finds himself alone with two huge sports bags stuffed with tickets. Millions of dollars. The irresistible power of money will shake up his altruistic values ​​and set in his path a bewitching escort girl, a perceptive ex-convict and a rogue business lawyer. After The Decline of the American Empire and the Barbarian Invasions, The Fall of the American Empire thus closes the trilogy of director Denys Arcand.

In French with English subtitles


As part of the Canadian Film Festival 2020 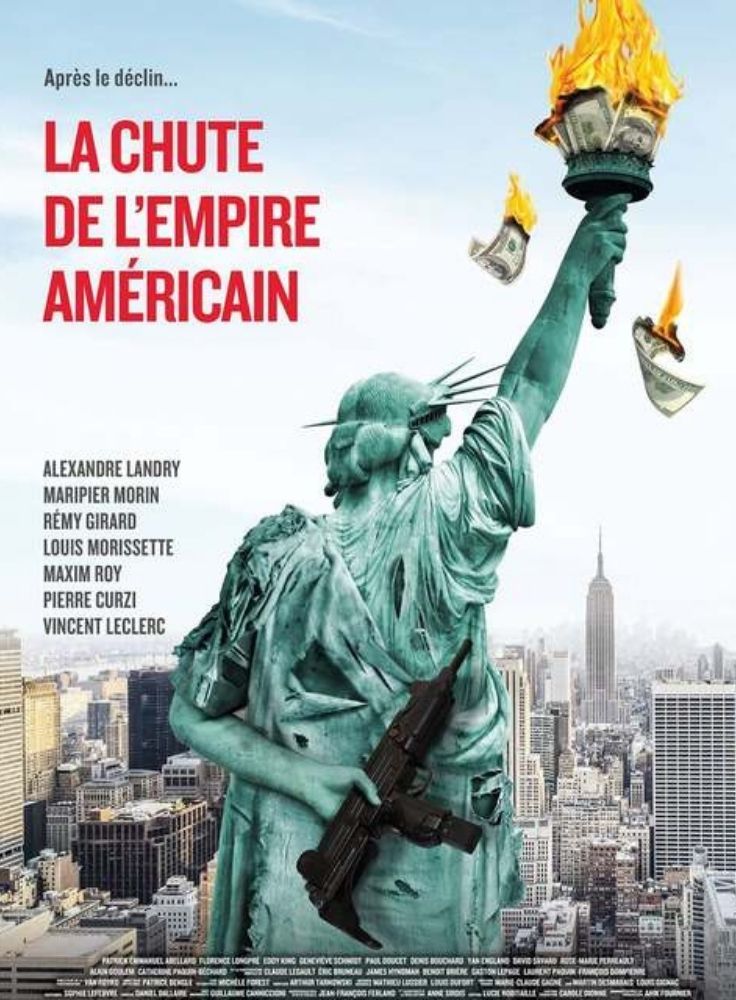 All patrons should book tickets online in advance; no tickets will be sold at the door.

Tickets are sold individually and bundles of 2 to 4 seats, for example:
- one 1 seat_Ticket admits 1 person
- one 2 seats_Ticket admits 2 people, etc.

Patrons with bundle tickets will have to be seated together, for example: 3 seats_Ticket will require all 3 patrons to sit together

There is a total discount of 5SGD if you purchase a bundle of tickets for 4 seats.
All AF members can use the promo code to get a 10% discount on the tickets. Please send an email to rsvp@alliancefrancaise.org.sg if you did not receive the promo code.

To movie voucher holders: Vouchers expired between March 1 and July 31 are accepted until December 31 – no exchange needed. Book your ticket by emailing us at rsvp@alliancefrancaise.org.sg before Thursday 10 December, 6pm.

Please check date and screening of the movie before getting your tickets as they are non-exchangeable and non-refundable.

Following the Singapore Government’s mandatory requirement since 26 October, Alliance Française has implemented the TraceTogether app OR TraceTogether Token for SafeEntry into our cinema with immediate effect on top of the safe entry to our premises.

THERE'S NO ACCOUNTING FOR TASTE [SOLD OUT]